Southwestern Social Science Association political scientists recently joined together to publish a compelling new American government reader, Considering American Government, available from Kendall Hunt.  Edited by SSSA President Lydia M. Andrade and former political science affiliate president James W Riddlesperger, Jr., the text features chapters on a variety of current issues on US government and politics. Each chapter was written by a member of SSSA, who include (in addition to the editors): 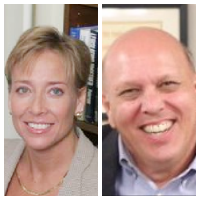 Dr. Andrade said, “The book is intended to be an engaging collection of original essays on topics which aid students in seeing the underlying relationships and workings of American Government.”

Governing is a challenging activity and was not meant to be easy. In the American republic, the struggle to find common ground is a constant challenge. The making of the Constitution and its structured conflicts between the states and the national government along with the establishment of political parties have triggered conflict in the United States for two and a quarter centuries. Considering American Government: A Reader, by Lydia M. Andrade and James W. Riddlesperger Jr, attempts to position struggle and competition in a contemporary context.